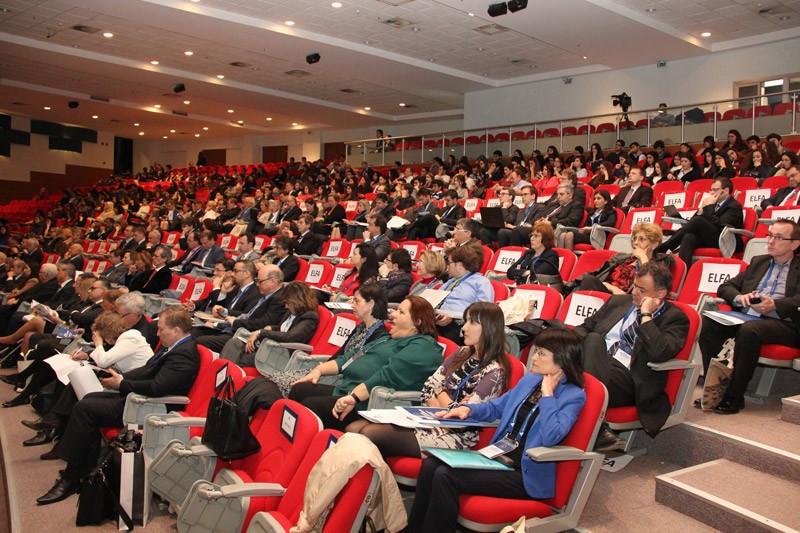 Law Faculties at the Crossroads

A record number of members attended the meeting, including many law faculties from outside Europe, including faculties from USA, China, Australia, Mexico, Bahrain, and Pakistan. More than 200 deans of law faculties, law professors, and senior executives as the representatives of 103 universities and professional organizations from 35 countries of the world attended the programme.

The Conference Programme started with welcome addresses and a plenary session held in the İnan Kıraç Hall at Yeditepe University Rectorate Building. After the opening speech of Prof. Dr. Nurcan Baç, Rector of Yeditepe University, the session continued with Prof. Dr. Haluk Kabaalioğlu reading a speech prepared by the Rt. Hon. Bedrettin Dalan.

Before the panel started, Assoc. Prof. Dr. İslam Manafov, Academic at Yeditepe University and Founder of the Yeditepe Chamber Orchestra and the Yeditepe Symphony Orchestra, gave a short piano recital.

After the opening speech by Prof. Dr. Haluk Kabaalioğlu, the chair of the plenary session, the session started with a speech by Hon. Judge Marc Jaeger, the President of the General Court of European Union and Chairman of the University of Luxembourg, explaining “The Role of the General Court in the EU Judicial System”.

Prof. Philip McConnaughay, the American-national Dean of the Peking University School of Transnational Law, talked about his experiments with legal education in China explaining why China is “One Step Ahead of EU and US”.

Parallel sessions in the afternoon continued with the great interest of participants. A panel entitled “Challenges for Lawyers with the Transatlantic Trade and Investment Partnership Treaty: What is for Legal Profession” was chaired by First Vice-President of ELFA Professor Laurence Gormley who is a Jean Monnet professor at University of Groningen. The distinguished panel included Professor Henry Gabriel, US delegate to UNCITRAL and UNIDROIT, Professor Harm Schepel of Kent University, Professor Vahit Polat of University of St. Etienne, and Professor Ulaş Gündüzler of Eastern Mediterranean University from Turkish Republic of Northern Cyprus.

Professor Dr. Vilenas Vadapalas, professor of EU Law at Yeditepe University, Istanbu, andl who served nine years as judge at the ECJ, presented a paper to the panel entitled “European Criminal Law, Recent Experience and next 10 years.” The panel was chaired by Professor Vera Kalvodova, member of ELFA Board of Directors (Masaryk University), and featured Professor Gerhard Fiolka from University of Fribourg and Professor Barış Erman from Yeditepe University. Professor Ümit Kocasakal, who is the President of Istanbul Bar Association, a member of Yeditepe University and Galatasaray University Faculty of Law offered his apologizes as he could not attend the panel as speaker due to the extraordinary meeting of the Mediterranean Bar Associations, convened after the recent attacks at Milano and Istanbul Justice Palaces and sent a message to all participants wishing success for the conference.

Moreover, two judges from the ECJ (General Court), Hon. Irena Wiszniewska-Bialecka and Hon. Savvas Papasavvas, presented papers on recent case law in trademark and competition law cases. The presentation was followed by Professor Maria Pilar Canedo, who is the President of Basque Antitrust Authority and Jean Monnet Chair on Transnational Law of Deusto University in Bilbao, and by Professor Santos-Rodriguez from CEU San Pablo University, in a panel chaired by Professor Michele Graziadei of Torino University.

After the panels, participants had an Official Dinner at Moda Deniz Kulübü. 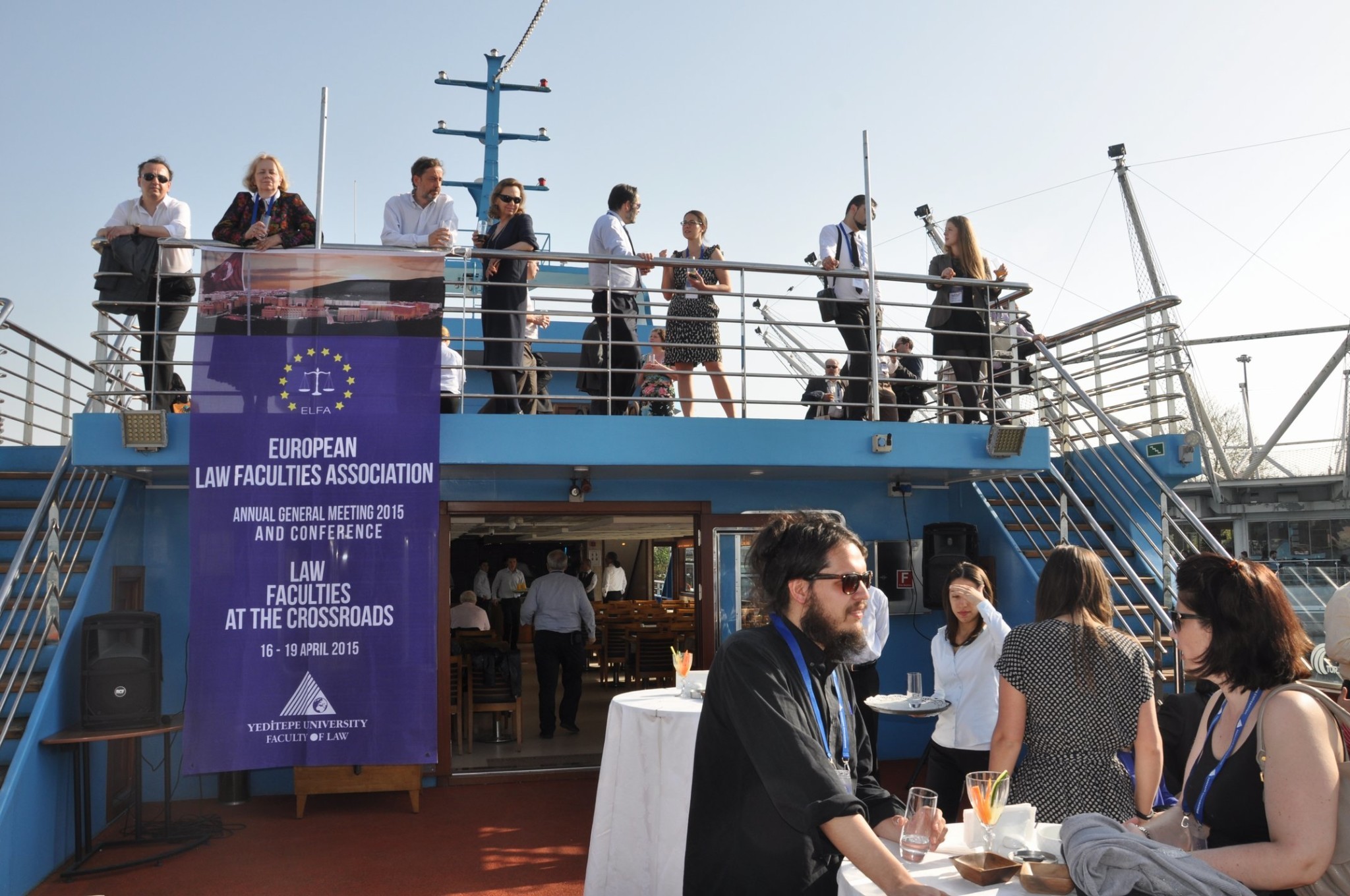 On 18 April 2015, the programme continued with one panel and the ELFA General Assembly Meeting. The last panel on law school entrance requirements was chaired by Professor Marek Grzybowski of Warsaw University, together with Professor Jacek Petzel of the same university and former ELFA president, Professor Julian Lonbay of Birmingham Law School, Professor Leo Martinez of University of California, Hastings, and Prof. Oleksiy Kresin of Volodymyr Koretskyi Institute of State and Law.

After the panel, delegates of the ELFA Members attended the ELFA General Assembly Meeting which was held at Blue Meeting Room (Mavi Salon) in Yeditepe University Rectorate Building. At the beginning of the general assembly, the chairs of each panel submitted their panel reports.

The General Assembly Meeting started with the speech by President Haluk Kabaalioğlu. The speech summarized the works completed under the presidency of Dr. Kabaalioğlu, and emphasized that ELFA aims at having a more global representation and therefore ELFA has improved its collaboration with many institutions outside Europe such as the Southeastern American Law Schools (SEALS), the Association of American Law Schools (AALS) the Australasian Law Teachers Association (ALTA) and law faculties from US to Pakistan; from Bahrain to Mexico.

As a result of these efforts ELFA has added 40 new members to its ranks within 10 months, its reputation spread not only to Europe but also to other continents and it has even started to appear in Google searches in the first page even though there are thousands of different institutions named ELFA.

On 19 April 2015 the participants had a group visit to Topkapı Palace and thereafter had a free time to visit Istanbul. 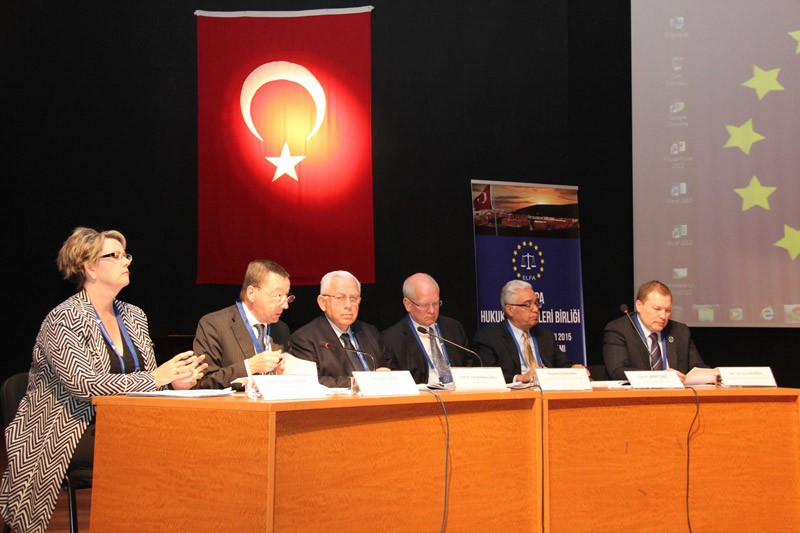 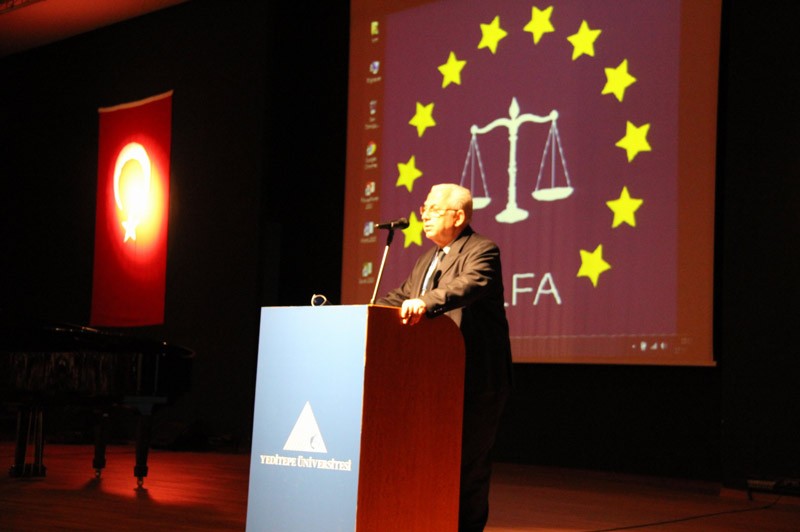 The President’s Report is currently unavailable

The ELFA Resolution is currently unavailable